You are here: Home / In The Community / News / Getting acquainted with Generation Z 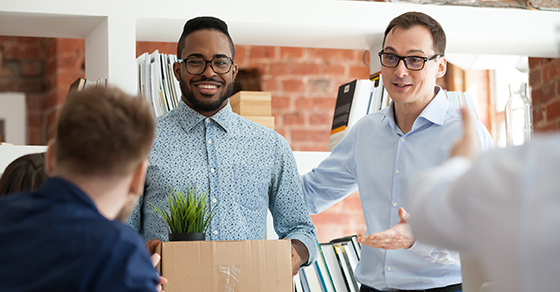 By now, most employers have read up on, hired and gotten to know Millennials. Well, guess what? A whole new demographic is here: Generation Z. Whereas Millennials are generally those who came of age around the Millennium, Gen Z are typically regarded as those born just before, on or relatively soon after the year 2000.

With every new generation, there’s an element of rebellion against the attitudes, lifestyles and tastes of previous generations. But, to a large extent, the differences in generations may have more to do with the world they were raised in. For Gen Z, that means two primary formative experiences:

1. Dealing with the aftermath of the financial crisis of 2008. The psychological consequence of growing up during a financial crisis tends to be a cautious, conservative attitude toward employment matters. For example, the prospect of job security with predictable growth in income may be more appealing to Gen Z than to Millennials.

Also, Gen Z employees may be more focused on the retirement benefit programs than Millennials are. If you sponsor a retirement plan, be sure to emphasize it when describing the advantages of working for your organization. Gen Z workers who are skeptical about an impending funding crisis for Medicare and Social Security may be particularly interested in maximizing their retirement savings opportunities.

2. Growing up as “digital natives.” Gen Zers tend to have a large capacity for multitasking. They’ve lived in a digitally connected world where social media is an expectation, not a fun new toy to play around with. That means they’re more than accustomed to jumping from platform to platform and checking multiple apps for the latest data.

The downside is that multitasking Gen Zers may find it difficult to focus deeply on one task for a long period of time. So, make sure you evaluate that capacity if you’re hiring them for a job that requires a long attention span. At the same time, you may want to design job positions with a wide variety of duties to make the most of their multitasking prowess.

You might already have Gen Z employees trickling into your workforce. As time marches on, you’ll encounter many more. No bell will ring to signal that Gen Z has reached a critical mass at your organization. But staying attentive to changes in attitudes and priorities of the youngest members of your staff will make it easier for you to maintain a dynamic and productive workforce. Contact us for help cost-effectively handling hiring and performance management of all generations of employees.